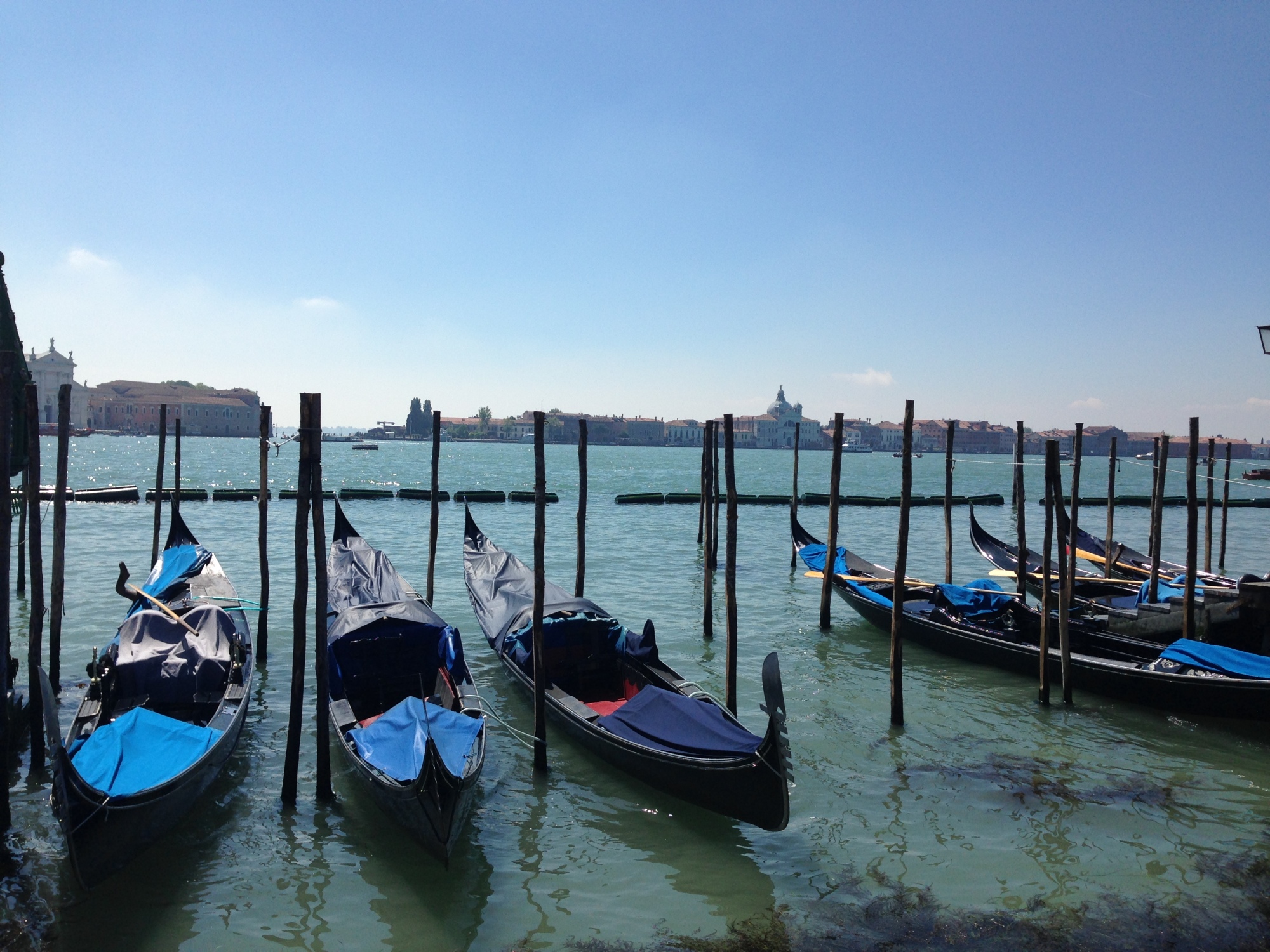 Van packed up and ready, we left Verona around midday to make our way to Venice! In convoy with Fynn and Caro, we took the SR11 and briefly stopped in Viacenza to work out how to get to the camperstop we’d seen on the app. Carried on driving on the SR11 and saw our first glimpse of the city over the water before crossing the ‘Ponte della Libertà’ – the only access for vehicles to drive to the centre. The “camperstop”  turned out to be just a huge carpark for all vehicles; didn’t seem secure and had a pretty expensive charge even though it was no where near the centre. We knew there was another stop outside of Venice just over the bridge so thought we’d try our luck there before giving up on visiting the city entirely!

Luckily there were spaces, it had security and perhaps most exciting was the shower block (don’t know how many days it had been since we’d had one haha!). For only €18 euros for 24 hours, use of the facilities and the bonus of a tram stop nearby (only a 10 minute journey to the centre) we didn’t hesitate to stay. (www.caravanparksangiuliano.com/ )

Seeing as we didn’t arrive ’til late afternoon and the pouring rain didn’t look like it was going to give up anytime soon, we decided to chill out at the site and make an early start to explore Venice in the morning. After a much needed shower and some dinner, us four ended up playing Monopoly ’til 2am in the morning with a few Vodka and orange’s! 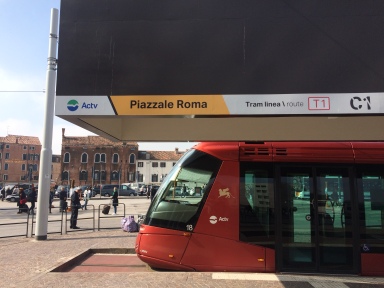 Woke up early to sun and a blue sky – perfect! Got a few things packed to take with us before finding the tram stop and making our way back over the bridge – this time on the tram line rather than the road. Took us directly into the centre and after having a glance at a map we headed into the city. 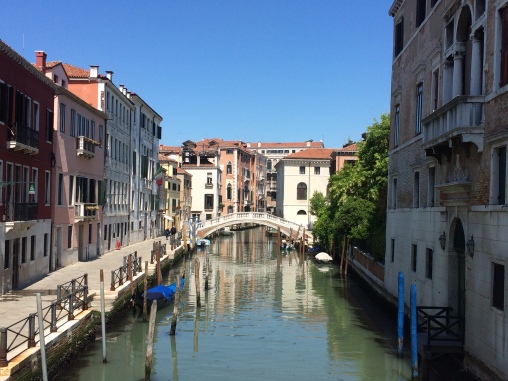 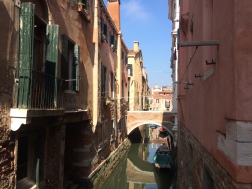 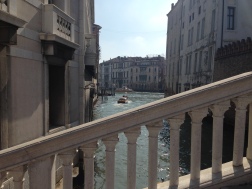 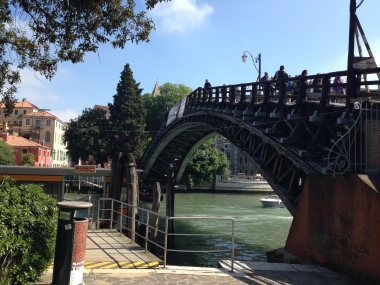 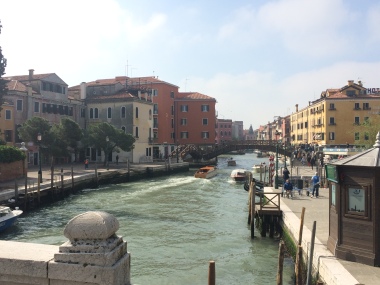 After hearing mixed reviews of Venice we were unsure of what to expect; some had told us it was “very expensive” or that it smelt really bad. We went with an open mind and all we can say is that we personally loved it and would definitely go back! To arrive first thing in the morning and watch the city slowly wake up was a wonderful thing – being able to hear the water lap against the canal walls as the gondolas went past, no crowds, well-dressed businessmen making their way to work and the shop doors opening for the day. Regarding the smell, whilst we were there we weren’t bothered by it but in the height of summer it probably hums a little due to the stagnant water… However the surroundings definitely make up for it, don’t let it put you off! 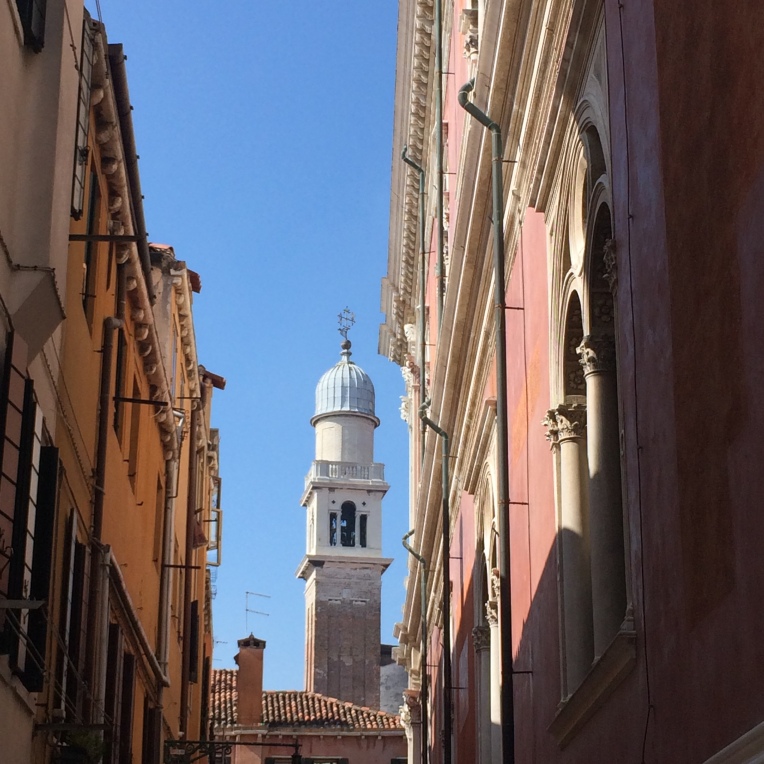 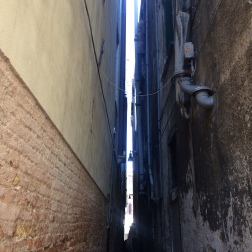 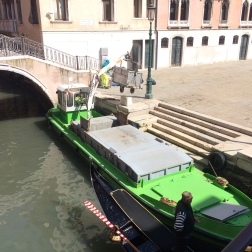 Tris was fascinated by this rubbish collecting boat…. Bin men on the water! 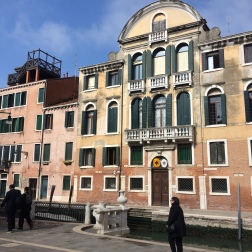 As the day went on the hustle and bustle grew but there were still plenty of quirky little alleyways, bridges and paths to get lost amongst! We passed many Venetian masks(treated ourselves to a small one to hang on the mirror in the van!), gelato stalls,spotted many stripe-clad gondoliers as well as an amazing old bookshop before arriving in ‘Piazza San Marco’ (St. Mark’s Square). 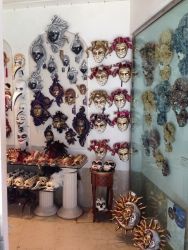 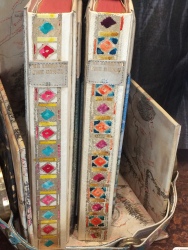 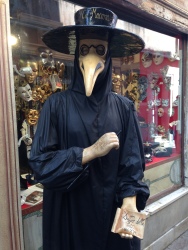 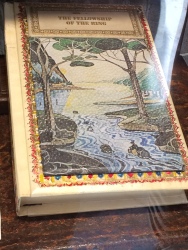 Hundreds of people filled the square admiring the magnificent cathedral and the bars/restaurants which lined St.Mark’s were full of life and music. Despite many designer shops and expensive restaurants (where window shopping was the only option!) there were other places to eat and shop which were more than affordable when you strayed away from the tourist areas. Therefore don’t let the thought of Venice “being too expensive” be the reason you miss out. 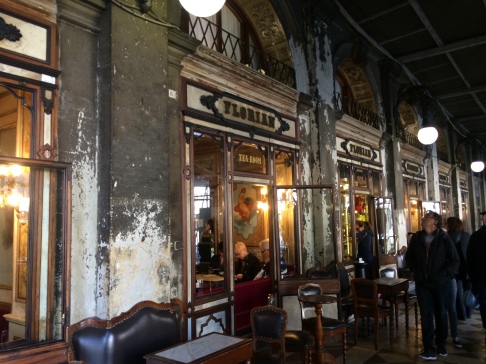 Established in 1720 – supposedly the oldest cafe in the world! 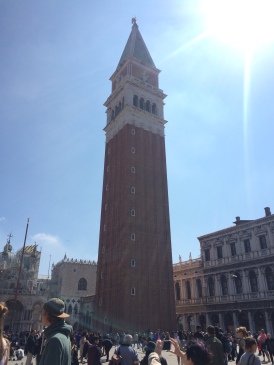 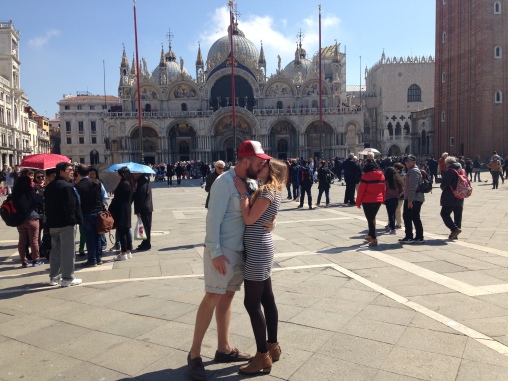 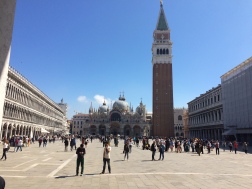 View of the square 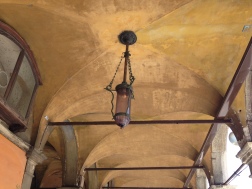 After having a wander we took some time to enjoy the sun, have a bite to eat and watch the world go by whilst we sat next to the waters edge. Conscious of time ticking away (had to leave the camperstop by 4:30pm 😦 ) we checked out a market, walked through a small botanical garden and started making our way to the tram stop taking a different route back. 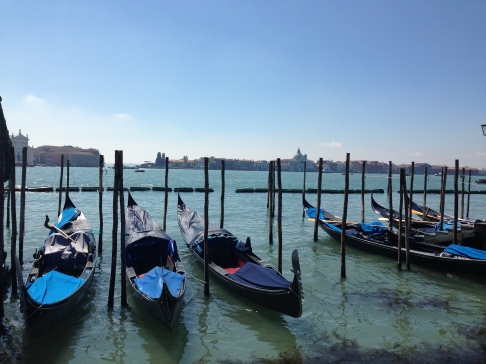 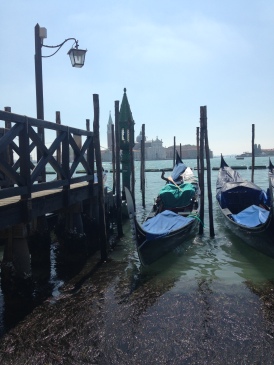 Got back to the van in good time and had to face the fact that it was time for the four of us to split – Fynn and Caro had plans of going to Croatia and we had planned to get as far South in Italy as we could before making our way back for a festival later on in the month. We agreed to spend one more night together just outside of Venice and found a small car park about a 20/30 minute drive away. Spent the evening watching Tris and Fynn “repair” Charlies window winder along with having a few last beers together before we parted ways the next day.